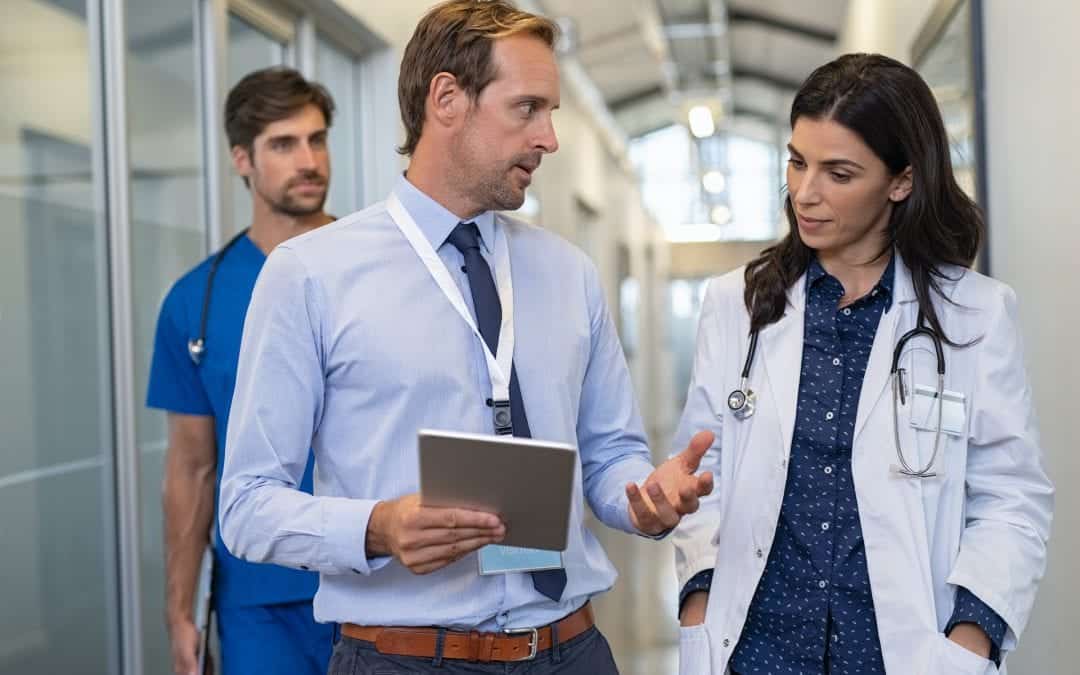 With 2023 quickly approaching, we’ve complied the top healthcare stories from November to help busy communications professionals stay up to date on the latest industry news.

On the public health front, the COVID public health emergency has been extended into the new year and the monkeypox virus is being renamed. Also, recent research has shown a rise in those seeking mental health treatment and the growing demand for psychologists.

Survey: The US telehealth use us declining
A Stericycle Communications survey of 1,000 adults recently reported only 45% used telehealth in 2022, a 33% drop from 2021 where 78% of respondents said they utilized telehealth appointments.

HLTH22: Optum to add biosimilar to formulary to tackle the massive cost of Humira
Optum Rx is adding up to three biosimilar drugs to compete directly with AbbVie’s Humira in an effort to make a dent in rising specialty drug costs. The pharmacy benefit management subsidiary of UnitedHealth Group says its first biosimilar will arrive next year.

ACA signups top 3M since start of open enrollment, a 17% bump compared to last year
There’s been a 17% increase in new Affordable Care Act (ACA) insurance coverage signups via HealthCare.gov since open enrollment began Nov. 1. Of the 3.4 million people who have signed up, 655,000 are new to the Exchange.

WHO lands on new name for monkeypox
In order to destigmatize the monkeypox virus, the World Health Organization has renamed it to “MPOX.”

Survey: More Americans seeking mental health treatment
According to a 2022 American Psychological Association survey, more young people are seeking care: 79% for anxiety disorders, 66% for depression, 47% for substance abuse and 64% for trauma. As a result, U.S. psychologists are struggling to meet demand—60% are saying they can no longer take on new patients.

World population reaches 8B mark
The world has reached a milestone in human development with the global population hitting eight billion. While a majority of this unprecedented growth came from Asia, gaining 700+ million people since 2011, India is expected to surpass China as the world’s most populous nation in 2023.

Walgreens’ VillageMD completes $8.9B deal to combine with Summit Health
In an $8.9 billion transaction, VillageMD, which is majority owned by Walgreens Boots Alliance, will acquire physician practice group Summit Health. The aquisition is expected to close in the first quarter of 2023. Payer Cigna has also invested and will serve as VillageMD’s minority owner.

Johnson & Johnson to acquire Abiomed
With the $16.6 billion purchase of Abiomed, which specializes in technologies for heart recovery, Johnson & Johnson aims to advance the standard of care in heart failure and recovery worldwide. Abiomed will operate as a stand-alone business within Johnson & Johnson MedTech.